Mammoth Goes From Serene, To Weird, To Closed! 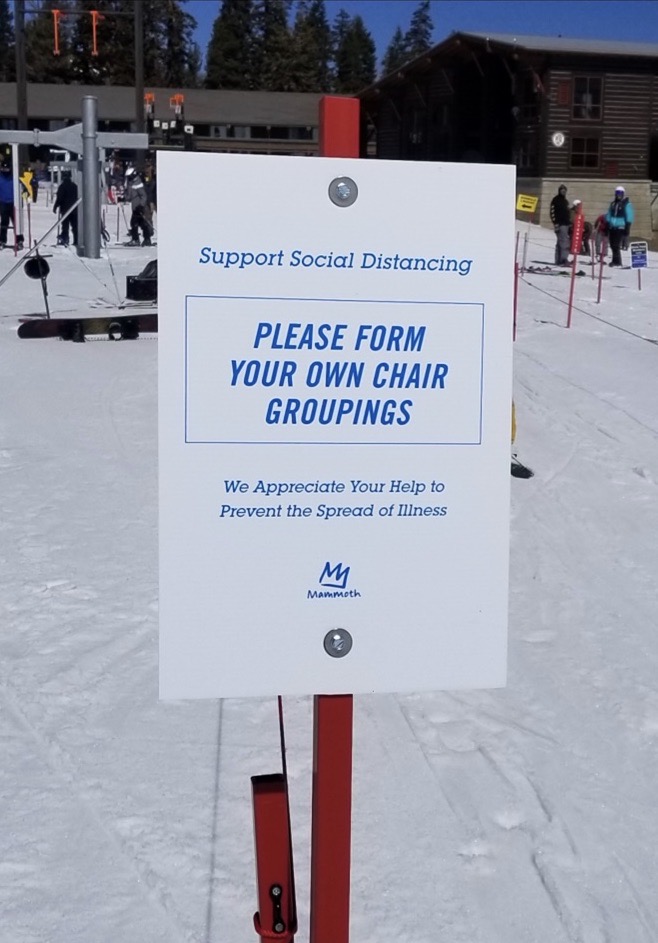 The Mammoth Lakes MLS is reporting 18 real estate closings for the period ranging from a low of $155,000 to a high of $2,225,000. Of the 18 escrow closings, 16 were financeable properties and 11 were conventionally financed. The closings included two (2) vacant residential lots. There were three (3) residential sales above $1,725,000 and all three were cash purchases. Two (2) residential sales in the ~$700,000 range.  The 10-year Treasury yield ended the period down from 1.127% to .951% but was down significantly more than that during the period. It rebounded significantly from the lows. Mortgage rates actually moved upward and need to be shopped. And lenders are warning that new purchase loans and refinance loans may take more than 30 days.

At the period’s end the condominium inventory is up 15 to 84. That includes three (3) new Creekhouse and four (4) to-be-built Obsidian Villas units. There were 23 new condos brought to the market during the period and none have gone to escrow. The two new Village 1-bedroom units from the last period have both gone to escrow.

The inventory of single-family homes is even at 43. There was one (1) new residential listing in the period.

The total number of properties in “pending” (under contract) in Mammoth Lakes is down eight (8) to 70 at period’s end. But that includes 16 Obsidian Villas townhomes under construction or to-be-built. Of the 70 properties in “pending,” there are 18 in “Active Under Contract” status (formerly “back-up”). The total number of pendings in the aggregate Mammoth MLS (which includes outlying areas) is down three (3) to 90. In the past two days I have seen two high-end transactions canceled that are likely stock market/virus related..

I was working Saturday (yesterday) and doing the usual real estate stuff (including showing some condos) and penning some of this newsletter. My personal version of work ADD. Some of my random comments about the current situation were;

• Until just a couple of days ago life was rather normal in Mammoth. The ski runs were rather empty during the mid-week and VONS was full of food. But in the last couple of days “social distancing” is now part of getting on the chairlift and the weekend crowd wreaked havoc on the local markets.

• Much to my personal amazement, people are inquiring about property, driving to Mammoth to specifically look at property, and actually making offers. We’ll see how long this lasts.

• It snowed and blowed all weekend and there is real accumulation in the forecast this next week. But with everything else closing down it is just a matter of time before Mammoth Mountain pulls the plug.

• The Ski Area’s website has a new Coronavirus bar across the top to update their efforts to mitigate the virus. But as I type this I cringe as I’m watching shuttle buses packed full of people with steamed-up windows rumbling down Old Mammoth Road.

• There was little evidence this weekend in Mammoth that people have figured out the StayAtHome meme. And now that the schools are closed some people have the impression the next month is going to be one long spring break in Mammoth. Some are trying to book prolonged stays. Then when the Mountain closes they will want a refund. I’m expecting plenty of craziness. Might be time to self quarantine. A staycation might be nice.

Then everything changed about 5:00 pm on Saturday. I was showing a condo to a couple and got the message that Alterra was closing down Mammoth Mountain effective this morning. I’m a little surprised it happened so fast. Some major restaurants closed last night but were offering take-out. People poured out of town this morning.

The short and long-term impacts of this 1-2 punch of the virus and economic strain are far from clear. People are asking me but I don’t have the answers. We’ll all have to wait and see. There won’t be skiing and snowboarding despite the new snow (they were avalanche blasting this morning on the Mountain, presumably so Patrol could get some powder runs in). Second homeowners and others are likely to come to hang out. Some sellers/listings may cancel, or some may become highly motivated. Buyers may be anxious to capitalize on the perceived low mortgage rates. Others are concerned values may decline. I’ll be watching and reporting.

The details of next year’s IKON Pass came out during the period. There are some interesting changes. The Base Pass ($649 renewal) won’t be good at Aspen or Jackson Hole. You’ll have to spend another $150 to have five days of access at either resort. Still a bargain.

Alterra also released the proposed Mammoth Mountain improvements slated for this summer. Chair 1 and Chair 16 will both become six-pack chairs. And another $1.5M in new snowmaking equipment – likely the large permanently mounted snow guns that appeared around the Main Lodge this year. This equipment can make an incredible amount of snow in short order. Let’s hope the new chairlifts don’t get hung up in some supply line problem. The Mill will also see a $500,000 expansion.

The March 3rd election results in Mammoth that may matter to local property owners; Prop. 13 2020 which was defeated statewide was 2,168 No and 1,365 Yes in Mammoth. Measure F was defeated by 24 votes. It would have added a small increment to local property taxes for the straight benefit of the Mammoth Lakes Fire Dept.. Interestingly, this is the second time this type of ballot initiative has been rejected in the recent past. Apparently the Dept.’s messaging isn’t working with the local residents.

An almost bizarre new Village hotel presentation was in front of the Town Council this past week. The development group came forward with some impressive elevations of a rather futuristic looking hotel project. It is massive and far from the “evocative of the Ahwahnee hotel” theme presented in the past. I was almost expecting the Jetsons to arrive at any time. The proposed site is the existing private parking lot on Minaret Rd. and is now being referred to as the East Village. It is where Starwood proposed to build the “W’ hotel (“The place to Be is about to Be”) back in the 2007 timeframe.       The development proposal is almost equal to (or larger) than the entire existing Village; 554 “lodging rooms”, extensive conference facilities and “upscale” food and beverage space, full service spa, and lots more.​​​​​​​ The proposal includes a 750 space parking garage including 200 public spaces (about the size of the existing outdoor parking). There is also a pedestrian bridge from the project to the Gondola/Plaza. Listening to the presentation was a deja vu moment. The main presenter talked about the “passion” for Mammoth, how this development will be “special” and “meaningful”. It was 1997 all over again. They said this will bring “new” people to Mammoth.   ​​​​​​​

The reason for this initial presentation was to explore whether the current Council would consider a development agreement with revenue and tax sharing agreements “to help bridge financial feasibility gaps.” The developers estimate it will cost $414M to build it all. Ultimately, the Council agreed that they would like to hear more but they were rather resolute that housing is a major issue; “where are all of the employees going to live?” So if these developers continue with this concept it is destined to be a real show. The numbers and “creativity” may become mind boggling. I know I’ll be entertained.

In the meantime, some things stand out. The proponents were unclear whether the “lodging rooms” were all condo hotel properties or there would be a mix –– condo hotel and pure hotel. One 2-bedroom floorplan that was shown was clearly condo hotel (kitchen). Maybe they think they can “flag” a pure hotel in the mix. Another thing the Town has to remember is something Intrawest taught us; these front desk rental operations are  “long term cash flow positions” that the developer gets to keep, lease or sell. They certainly have to be valued properly in any development agreement negotiations. Today, they could be worth $10M or more in annual revenue with minimal capital expense.

These developers have closed escrow on the land. But who holds the debt? Will this be the latest chapter in the Village development parcel merry-go-round of the past 25 years?

The 2-bedroom / 2-bath Eagle Run unit that had been on the market seemingly forever closed at $585,000 cash.

I recently talked about properties selling while buried in snow. A year like this can have an opposite effect. A home in the Knolls closed for $675,000 that greatly benefited from the lack of snow. The home sits in what most agents would refer to as “a hole.” It is about a single-story’s worth of depression. And it makes a big difference in a heavy winter. The seller had only owned the property for a few years but lived in it during the massive winters of 2017 and 2019. Let’s hope the new owner gets to experience some big winters too. 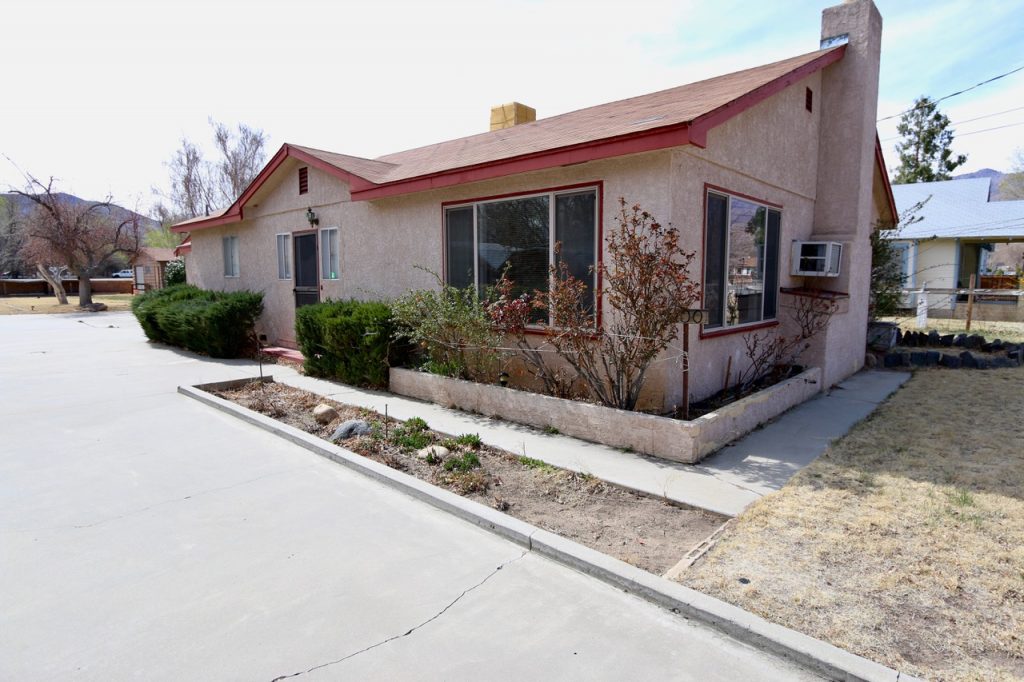 The Coronavirus outbreak will certainly impact real estate and STRs (short term rentals) in a variety of ways. Here in Mammoth, the late winter and spring has become a good period for both sides of the business in the past few years. The kids are out of school at various weeks and the families come for more extended stays. And they often end-up looking at properties. It doesn’t look like it will happen this year. The demand may be pushed into the second half of the year. The whole industry could slow down significantly. But great opportunities can also appear. The Y2K fiasco provided me an excellent one. I’ll be watching.

The Realtor® Associations are alerting agents to be cognizant that they could be taking infected buyers into seller’s homes. This might not be such an issue here in Mammoth, but the ramifications in many markets are bit frightening. And the opposite could be reality too – uninfected buyers could be going into infected homes. Yikes.

There are reports that Airbnb hosts are advertising “Coronavirus-free” rentals that are well stocked with toilet paper, food and water. That may become an angle for Mammoth in the short run if SoCal gets heavily impacted by the virus or utter craziness.   ​​​​​​​

And AirDNA released a report that is titled “Urban markets face far higher risk than leisure destinations”. According to their data, STRs will be more resistant (compared to hotel, cruises, airlines, etc.) to the impacts of the Coronavirus because, 1.) Vacation rentals are often in remote locations with less exposure to other travelers, and 2.) Vacation rental guests often visit destinations within driving distance which allows them to bypass potential risks.

AirDNA’s data also shows destination property managers more commonly lower the advertised rates to incentivize travel, it is “essentially the foundation of a sound revenue management strategy.” They note that destination based hosts are already proactively lowering rates until summer. But their data is also showing that for the first time in the past five years of tracking data that summer booking rates are higher than the advertised rates.

AirDNA concludes that destination markets are highly localized and should do well because the “vast majority of vacation rental markets are not in all-out panic mode.”       ….The next 3-4 months are going to be interesting. Everybody stay healthy!

Mammoth Remains Locked Down Amidst Summer-like Weather. Market Summary  January 3 to January 17 The Mammoth Lakes MLS is reporting 31 real estate closings for the period ranging from a … END_OF_DOCUMENT_TOKEN_TO_BE_REPLACED

The Most Subdued Holiday Period In Decades, New Snow Coming And IKON Blackout Over!   Market Summary  December 13 to January 3 This report is for the past three weeks. Not only … END_OF_DOCUMENT_TOKEN_TO_BE_REPLACED