We All Love Summer In The Mountains  — Just Not In February! 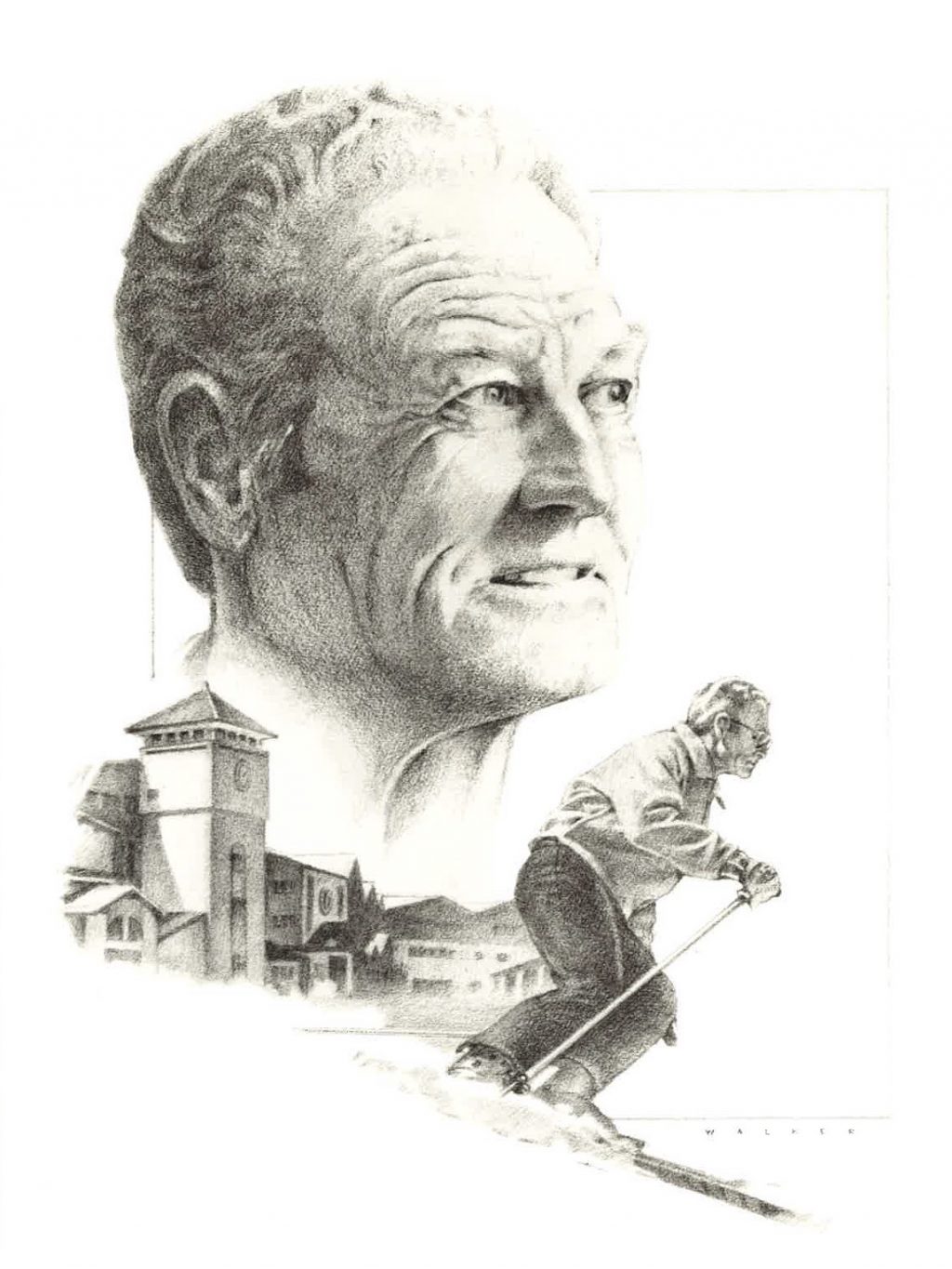 The Mammoth Lakes MLS is reporting 14 real estate closings for the period ranging from a low of $115,000 to a high of $1,395,000. Of the 14 escrow closings, 13 were financeable properties and eight (8) were conventionally financed. The five most expensive properties were all ski oriented properties. Imagine that. The 10-year Treasury yield ticked up slightly at the end of the period to 1.588% and mortgage rates were insanely good through the entire period. Many 30-year rates were being quoted in the mid-3% range with some below 3.5%

At the period’s end the condominium inventory is up six (6) to 64. But the 16 new Obsidian Villas units in the MLS are really skewing the data at this point. Four (4) of these units are under construction and the drywall is scheduled in the next few weeks. The balance have no foundations poured. There were 19 new condos listed during the period and two (2) are already in escrow. There were more Creekhouse (Snowcreek Phase 7) units added into the inventory. If we remove the unsold Obsidian Villas and Creekhouse units there are only 55 condos on the market. There are only four (4) condos listed under $300,000 and only six (6) listed between $400–500,000. There are only four condos listed between $600–800,000.

The inventory of single-family homes is down two (2) to 43. The inventory of single family homes that sat on the market all last summer and fall are now all selling. It took the winter season to make it happen. There are now only 11 homes listed for sale under $900,000. That includes one new low-end listing and a re-list. The inventory disparity between homes and condos that I have been talking about the past couple of months continues on. The numbers fluctuate based on new listings and sales, but the numbers remain curiously close.

The total number of properties in “pending” (under contract) in Mammoth Lakes is up 16 to 85 at period’s end. But that includes 15 Obsidian Villas townhomes. Of the 85 properties in “pending,” there are 25 in “Active Under Contract” status (formerly “back-up”). But again, these numbers are skewed. The reservation agreements for these under-construction and to-be-built properties aren’t as firm as a resale property in escrow. The total number of pendings in the aggregate Mammoth MLS (which includes outlying areas) is up 12 to 104.  The Mammoth real estate market remains active.

The big Mammoth news for the period was the passing of Dave McCoy at the age of 104. There have been substantial obituaries in various media outlets all paying tribute to this rare man who put Mammoth on the map. You would be hard pressed to find a man more respected by the people who knew and worked with him. The two most consistent words; humble and FUN. He was a truly humble man and it was all about having fun. He was a superb athlete so much of the fun revolved around athletic and recreational pursuits. His ultimate philanthropy to the community is responsible for many local institutions, from Mammoth Hospital to the college to the budding cultural facilities.

The roots of Mammoth Mountain are not the corporate/equity fund ownership of the past 25 years. Dave McCoy was a bootstrap man all the way. I remember in the 1980s there was buzz all summer long; “did Dave get the loan?, did Dave get the loan?” The “loan” was money to be borrowed to build something new — preferably a new chair lift so that more terrain could be accessed. It was a big deal. This was before the discounted season passes were sold in the spring to boost cash flow through the summer. Borrowing money back then was far more difficult than today. And it was risky.

Later in his life he stated that he regretted selling out to the corporate interests. But it was out of necessity on so many levels. And in the modern ski industry era it is increasingly impossible to remain a family owned or independent resort. For those of us who skied and had season passes through the Dave McCoy years, we were blessed. It wasn’t perfect but the focus was on fun, and plenty of fun was had. We can only hope that his legacy lives on. RIP Mr. McCoy.

In the midst of crowds for the holiday weekend, Ski Week, and the upcoming post-blackout weekend, the Mammoth region is locked into a substantial warm pattern. And who doesn’t like to ski in warm weather? But the lack of snow in the past month+ has the ski conditions in marginal shape. The face runs are rock filled and hard as concrete. The Ski Area is making snow at every opportunity to keep the groomed runs in good condition. This February will go down as one of the driest on record.

The dry period does help alleviate the massive snow removal bills experienced by locals HOAs and commercial properties in the recent past years. The HOA accountants stated that the January snow removal bills were the smallest for that month in a long time. So far the economics of this winter appear to be fine. There was good early snow. But it may start to hurt if it continues. Mammoth is clearly in need of a Miracle March. For IKON Pass holders, the snow totals don’t look that great in Utah or the Rockies either. What a difference a year makes.

The eviction notices at the Sierra Center Mall have many business owners scrambling. The Mall owners are ready to go on their major renovation into a 160 room hotel. (Speaking of the hotel business, I had a Real Estate Q&A run in the Sheet this weekend about the impact of STRs on the hotel business. And the importance of “localism”. The hotel industry is paying attention.) The displacement of businesses has created increased demand for commercial space all around town. Some businesses may just disappear, at least in the short run. Stated lease rates by commercial landlords have jumped. I’m sure glad I own my premises. But Mammoth has seen this cycle before.

Zillow remains a very popular website for real estate watchers. They have increasingly added quality data from various sources and websites. But I have warned about distortions and favoritism to the “premier agents” who are shoveling heavy fees to the enterprise. This last week I notice a very interesting distortion. They were using interior photos of one property on another property’s listing. The two listings had the same listing agent. The “glam” shots of one kitchen were appearing on the presentation of a completely different property. I wonder how much they charge the agent for that little trick?

A 1 bedroom + loft / 2 bath unit at Wildflower closed for $480,000 cash. It was only on the market briefly. The unit had a small but new and “modern” kitchen and some other clean upgrades. More evidence of the buyer’s strong appetite in the local market for updated and “turn-key” units.

Two home closings on the low-end; one in the Shady Rest subdivision that had been on the market for the past two years. It finally closed for $609,000. This one had a serious incurable defect — the living rooms of condo project in the rear all look into the back and backyard of the house, incredible weird…And a buffed-out A-frame on a marginal lot closed for $630,000. More indication that buyers love, and will pay for, renovated properties.

A Village 3 bedroom / 3 bath on the second floor of White Mountain Lodge closed for $1,150,000. No substantial upgrades. Ten years ago you couldn’t give these units away. 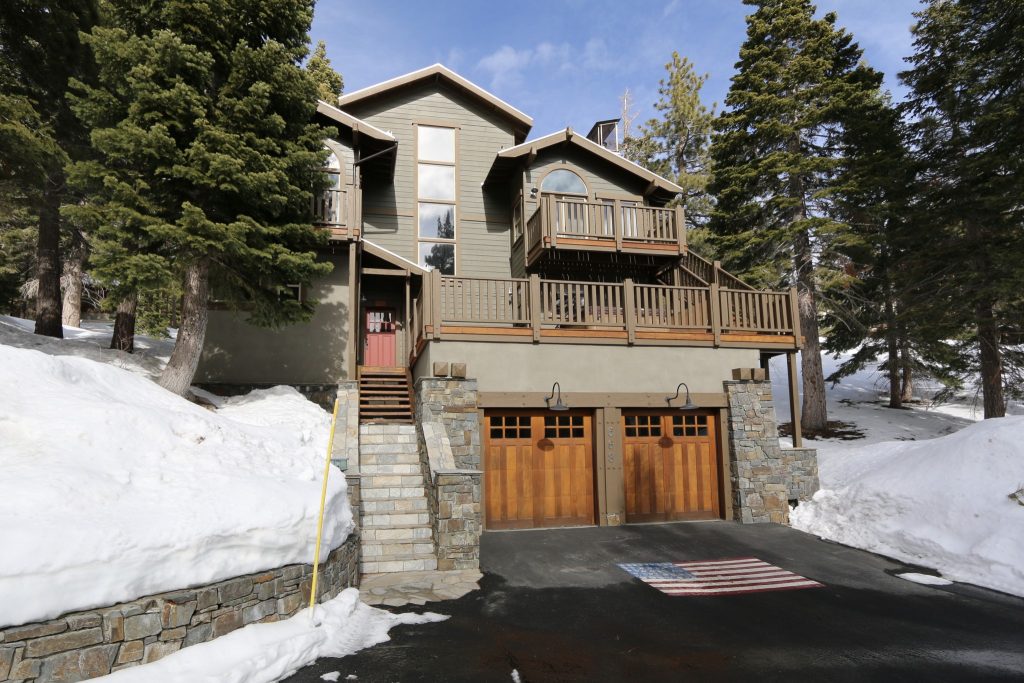 My Q&A column that ran in The Sheet over MLK weekend produced several questions and comments about the “rental wars” in Mammoth. It is fascinating on many levels and where it all ends-up is anybody’s guess. There are major players   Obviously, people ask me real estate questions all the time. This last week someone asked me if real estate values go up when there is lots of snow and, more importantly to them, go down when there is less snow (or what we call drought and what we might be experiencing in the winter of 2019-20). The answer could be worthy of a more formal Q&A but I think it is good time to answer it right here in a timely fashion.

There is no doubt that banner winters like 2017 and 2019 create enthusiasm in the market (and “selling is the transfer of enthusiasm”). But these winters can create problems too. Sometimes properties are so buried in snow or inaccessible that it compromises the ability to “show” the property. Or even evaluate the property. It always boggles my mind when buyers close on properties that are completely buried (good reason to have summer photos and videos). One property last winter in the depths of Old Mammoth stands out to me. And I remember one of my listings in the winter of 1993 closing and we had to shovel a path down to the front door so the owners could collect their personal belongings.
While a good snow season can help real estate values, there is no past evidence that a drought year negatively impacts them. Even during prolonged drought years like 1987-1991 and the 2012-2016 period, we experienced rising real estate values. But admittedly, the macro economics of both periods were a bigger driver of real estate values. But at least the drought years didn’t create any substantial decrease in values.
But today there is one hiccup. In this new STR driven market, a drought year could mean lower rental revenues and owners who are depending on a certain level of rents could struggle and become motivated to sell. This is a new wildcard. Owners who are heavily leveraged into their STR properties could impact the market values. But it could be a small percentage of the market.
Even though this winter may go down as a drought based on snowfall and snowpack, a large part of the prime revenue generation period has already passed and the financial numbers should be excellent. And as Mammoth continues to round out the peaks and valleys of tourism, there is less reliance on the core of winter to make-or-break a successful STR enterprise.
And let’s not forget the impact of the IKON Pass. At this point any new snow is likely to bring a hungry crowd of skiers and snowboarders who want to “get their money’s worth” out of their Passes. Mammoth could easily be catering to this crowd well into spring. It may not seem like it right now. March and April can be very wet months. We’ll just have to see what the weather does.
And who knows, the people in town this weekend sure seemed to be enjoying the warm weather. And they were looking at Mammoth real estate.

Mammoth Goes From Serene, To Weird, To Closed!   Market Summary:   March 1 -- March 15 The Mammoth Lakes MLS is reporting 18 real estate closings for the period ranging from a low of … END_OF_DOCUMENT_TOKEN_TO_BE_REPLACED

The Super Dry February Ends With A Teaser! Market Summary:   February 16 -- March 1 The Mammoth Lakes MLS is reporting 27 real estate closings for the period ranging from a low of … END_OF_DOCUMENT_TOKEN_TO_BE_REPLACED

We All Love Summer In The Mountains  -- Just Not In February!   Market Summary:   February 2 -- February 16 The Mammoth Lakes MLS is reporting 14 real estate closings for the … END_OF_DOCUMENT_TOKEN_TO_BE_REPLACED