Ski Area Sale and Merger Is Completed, What Next?? 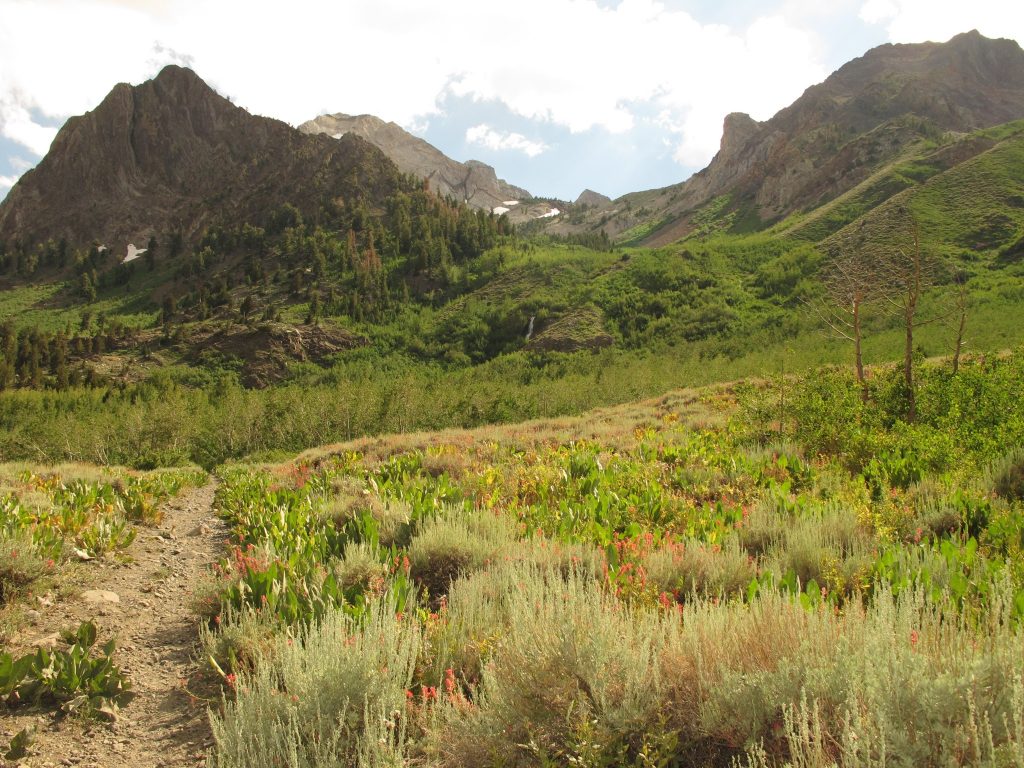 The  Mammoth Lakes MLS is reporting 18 real estate closings in Mammoth for the period ranging from a low of $182,500 to a high of $1,220,000. Of the 18 closings, 16 were financeable properties and 12 were conventionally financed. Eight of the 18 sales were condos selling under $400,000. The mix included a vacant residential lot in the Slopes (and a good buy), three high-end condos, a $1M+ home and a commercial condominium space. This period last year there were 20 closings..

At the period’s end the condominium inventory is down four (4) to 79. There were 16 new condo listings in the period and seven (7) are already under contract and in escrow. The least expensive condo is still listed at $195,000. There are now only seven (7) condos listed under $325,000. The low end of the condo market has been cleaned out. We are fast approaching Labor Day weekend which historically marks the peak of inventory here in Mammoth. The late summer/fall peak selling season will be met with limited availability. I’ve been out showing the condo inventory in the past two weeks and there are still some good buys left in the market. But I doubt they will last. The recent rain has many local residents thinking it will be an early winter. This time last year there were 160 condos on the market.

The inventory of single-family homes is up two (2) to 55. The best new properties are being purchased quickly. But there are now 30 homes listed under $1,000,000 and most have some significant compromises. It will be interesting to see how they fare in the upcoming selling season. Price reductions may (will) be in order. This time last year there were 76 homes on the market.

The total number of properties in “pending” (under contract) in Mammoth Lakes is up six (6) to 70 at period’s end.  Of the 70 properties in “pending,” there are 52 in “Active Under Contract” status (formerly “back-up”) and two (2) Contingent Short Sales.  The total number of pendings in the aggregate Mammoth MLS (which includes outlying areas) is up nine (9) to 114. This time last year there were 68 and 107 respectively.

Bluesapalooza has come and gone. And instead of heavy smoke (like years past) they got rain, and some light smoke. But the event went on. Friday and Saturday were somewhat compromised by the rain showers. A small local fire has brought smoke in-and-out of town the past few days. The temperatures have been cooler. The crowds have been sizable. The outrageous runoff has reduced to a somewhat “normal” flow. The Ski Area has closed for skiing. The kids will be going back to school and Mammoth will be entering the “adult” period of summer.
A year ago this newsletter’s headline was “Vail Buys Whistler Blackcomb, What’s Next For Mammoth??”  Now we know, maybe. The purchases and mergers have been completed. There is yet to be a new name for the massive joint venture and no word on what ski pass conglomeration will come about. But these things take time. For now the resorts should be operating much as they have in the past few years. There has been a shuffling of leadership and administration.
Here in Mammoth, Rusty Gregory will no longer act as CEO. But whether he will still be the real boss remains to be seen. There was the infamous headline in 2013 when he publicly stated (as CEO) that “Mammoth Mountain will not be run by me” but within a year he stated “as long as Mammoth Mountain is run by me.”  But Gregory’s new position with the new company is Senior Strategic Advisor and “investor.”
Mammoth’s new President and Chief Operating Officer is Mark Brownlie who has come up through the ranks since the late 1990’s and originally worked in the race department. In a recent interview in The Sheet, Brownlie stated that he “thinks the new company will go on the offensive” with investment in Mammoth’s facilities and operations. But the most compelling examples he could come up with were “upgrades” at Canyon Lodge and better food and beverage at the Chair 14 Outpost. Great. I’m glad they have put a big thinker in charge. We’ll see. I’m guessing that the more things change, the more they will stay the same.
Meanwhile, some of the more astute reporters covering the new enterprise have surmised that Sun Valley may be joining the group. Aspen Ski Company developed the Limelight Hotel in Ketchum so they already have ties to the area. The Limelight model is a modern hybrid of the original Intrawest condo hotel model. The new model is more like a “boutique” hotel in size and style but with true hotel rooms and condo units blended into one facility. The sale of the condos helps offset the total investment in the hotel. This concept may be (should be) in Mammoth’s future. With so much interest in condos that produce nightly rental income, maybe it is a concept who’s time has come.
For now the new enterprise has come together. Where Mammoth and the rest of it is going is still to be decided. Completion of the deal has created a small amount of “buzz” in the Mammoth marketplace but most remain skeptical.
One thing of interest that came across my desk; Wyndham Worldwide Corp. is separating their hotel and timeshare business into two separate publicly held corporations. The new timeshare corporation will be the largest timeshare corporation/operation in the world. The split is interesting. I wonder what trend they are seeing??
The old Charthouse building will be take over by the Bleu Handcrafted Foods folks who are promising more great things. And rumors are that something will happen at the old McDonald’s location. There is no sign of construction at the new Grocery Outlet on Old Mammoth Road, but they will probably try to build it during the winter….

Sales at Timberline, La Residence, Chateau Sans Nom, Snowflower and Snowcreek 5 all show the continued upward trend in condo values.
Two townhome sales at The Timbers and Woodwinds are interesting. Both sold for exactly the same price; $925,000. Both were built by Intrawest. Timbers was the first townhome project Intrawest built in the Sierra Star golf course. Woodwinds was the last. The finish quality at The Timbers is considered to be much higher. The Timbers are all duplex style buildings–they are all end units. The Timbers is located adjacent to the clubhouse and future (proposed) hotel facility. It also has immediate access to the Green shuttle line for access to Eagle Base and downtown. Woodwinds is rather isolated within the golf course with no real immediate access to anything. The square footage of The Timbers unit is 2614. The square footage of the Woodwinds unit is 2076.
Favorite New Listing For The Period!! 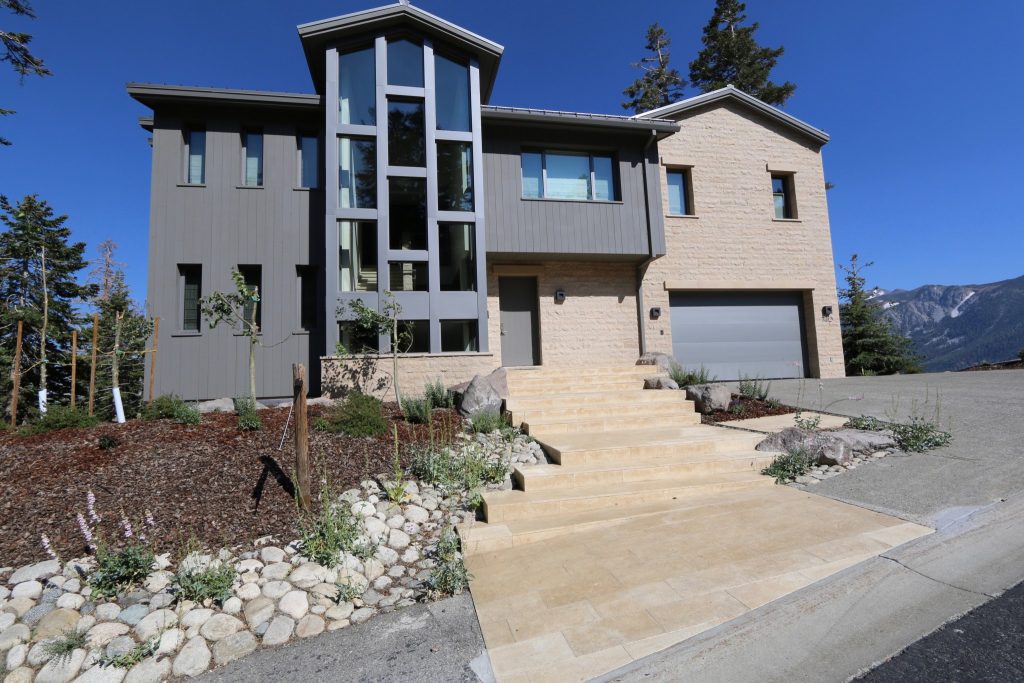 The best of everything!! What’s not to like?? This home is spectacular. Too many outrageous custom features to list. And arguably the best location in Mammoth because it offers the amazing panoramic and unobstructed down-valley views and mountain views but also access to the ski runs on the east side of Mammoth Mountain.  High-end luxury neighborhood with other comparable homes. Designed by one of Los Angeles’ premier residential architectural firms.
Endless amounts of rare and high-end stone throughout. The two master suites have private balconies and incredible views. The home comfortably sleeps 18. Includes a professional private theater. Large game room for the kids, both young and old. A total of 6,786 square feet of living space.
Listed at $6,795,000
Listing courtesy of Stacey Bardfield  Mammoth Sierra Properties​​​​​​​

Airbnb continues to be in the news. But here in Mammoth what is becoming so obvious is that it is driving the demand side of nightly rentals. Especially in summer as visitors (including many international visitors) are moving through the area and decide to stay. The old-school traditional reservation companies simply cannot compete, no matter how much they spend on marketing. And the newer company models that have Airbnb listings are sluggish too. The individual owners controlling their own destiny including rapid response time and flexible daily and seasonal pricing are the big winners.
​​​​​​​But Airbnb is also controlling the supply side too. A pull quote from last week’s news stream stated “Airbnb now has more available rooms to rent than the five largest hotel companies combined.” And an increasing number of Mammoth condo owners, both old and new, are tuning in. Granted, the Airbnb model is not for every owner. It does take some attention and time to run the business. But not that much. For owners who have the time and inclination the reward is significant (net) rental income. For others, there are new companies offering different levels of Aibnb/VRBO service for a percentage. These companies and models are constantly changing.
Meanwhile, the media continues to pick up on the phenomenon. A recent Outside Magazine article documents the affect on one Colorado ski town. The new Airbnb rentals are replacing available long term rentals and creating a desperate housing crisis for local residents. In this case, Crested Butte doesn’t have significant housing stock to begin with. Nor do they really have significant housing for visitors either. Airbnb is just making matters worse.
Mammoth’s recent draft 2017 Housing Plan mentions how there was displacement of long term rentals to nightly rentals in the past few years. These were mostly condos that had been available to long term renters that have been converted to nightly rentals. And while Mammoth has thousands of condominium units, the planning consultants say we are close to 1,000 beds short of the true demand. The problem is that not enough of the condominiums available for nightly rentals are actually being utilized for such. And an increasing number of these condominiums are becoming permanent residences. This is really an opportunity for condominium owners who want to produce income. Some are getting on board and others are not.
And new insurance start-up Jetty is promising to deliver new insurance products that will aid renters with large security deposit and co-signing requirements. And damage caused by Airbnb renters, “bed bug insurance,” etc.. Insurance has become one of the sticking points of Airbnb renting. Many owners are grandfathered in but new owners are increasingly finding coverage to be scarce or expensive. The programs aren’t available in California yet but the company is just ramping-up their funding cycle and has insurance for Airbnb clients in their cross hairs.
Thanks for reading!

Mammoth Goes From Serene, To Weird, To Closed!   Market Summary:   March 1 -- March 15 The Mammoth Lakes MLS is reporting 18 real estate closings for the period ranging from a low of … END_OF_DOCUMENT_TOKEN_TO_BE_REPLACED

The Super Dry February Ends With A Teaser! Market Summary:   February 16 -- March 1 The Mammoth Lakes MLS is reporting 27 real estate closings for the period ranging from a low of … END_OF_DOCUMENT_TOKEN_TO_BE_REPLACED