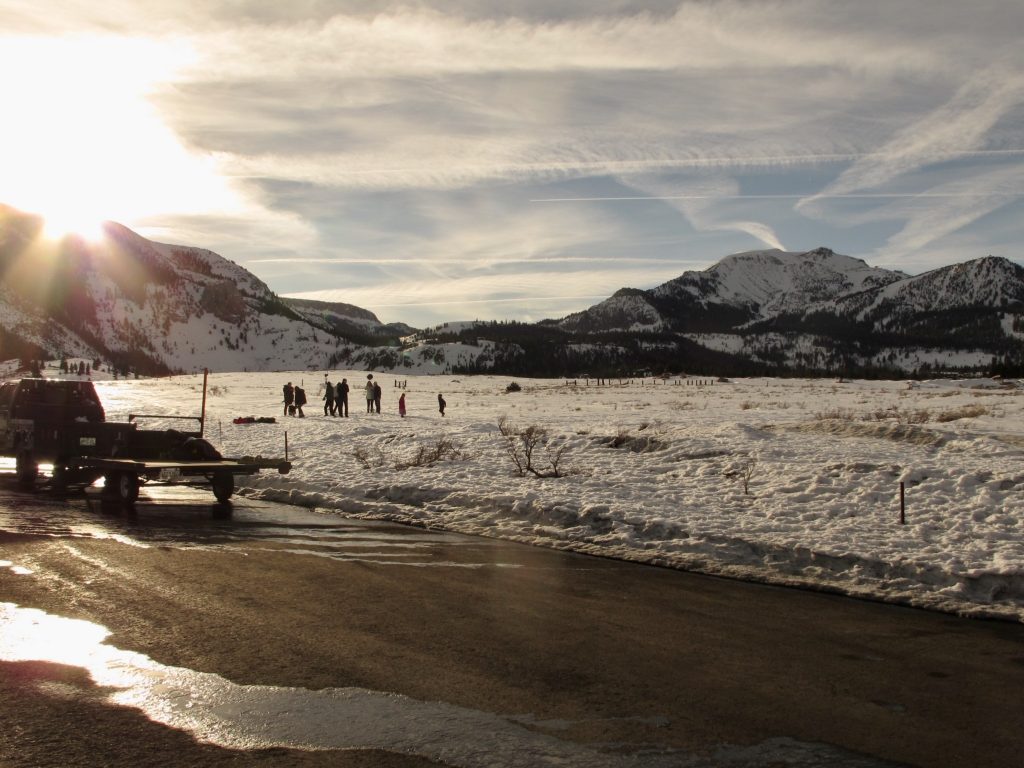 This report is for the past three weeks during the holiday period. The Mammoth Lakes MLS is reporting 25 real estate closings for the period ranging from a low of $210,000 to a high of $1,214,000. Of the 25 escrow closings, 24 were financeable properties and 18 were conventionally financed. There was one more vacant residential lot closing. There was one income property closing. Thirteen (13)  of the  24 closings were condos selling under $420,000. The 10-year Treasury yield moved down slightly to 1.788%.

At the period’s end the condominium inventory is down three (3) to 61. The new townhomes at “The Villas at Obsidian” appear to be a popular new offering through the holiday period. The prices were bumped up based on the level of interest. This time last year there were 93 condos on the market. A total of 386 condos closed in the Mammoth Lakes market in 2019 ranging from $205,000 to $1,925,000. The average days-on-market for the closing properties was 118 days. Condos typically sold for ~97% of asking price.

The total number of properties in “pending” (under contract) in Mammoth Lakes is down seven (7) to 47 at period’s end. Of the 47 properties in “pending,” there are 18 in “Active Under Contract” status (formerly “back-up”). The total number of pendings in the aggregate Mammoth MLS (which includes outlying areas) is down 13 to 66.  Last year the pendings were 39 and 65 respectively.

The past three weeks has proven the impact of the IKON Pass and more specifically the impact of the Christmas to New Year’s blackout dates. Mammoth experienced this last year under the first IKON season. The old, almost excessive level of tourism and guests during the last week of the year has been eliminated. In its place is a week of high (but manageable) tourism followed by another week of (maybe more) solid business. The anticipation is that the next two weeks will be very busy also. Leveling out tourism during peak periods has been a goal of the community for decades. It is just better for everybody, especially businesses that are short on employees.

Based on rental bookings, high levels of visitors are expected this next week and beyond. Those looking for fresh powder had some good opportunities through the period but the weather has been delightfully warm the past few days. The ski conditions are very good but not in the “epic” category (at least by this writer’s measure). But I haven’t heard anyone complaining. And there is plenty of snow on the ground to make Mammoth look like a winter wonderland.

The non-operation of the YotelPad demonstration and sales office in the Village has become obvious to many. I’m hearing “What is going on?” all the time. I have no clue. Nobody has heard from them. One local real estate agent told me that she had two reservations with specific unit selections for her clients and they weren’t even communicating with her or her clients. She was thinking the buyers should be asking for their deposits back. This is rather unusual since these developers are very experienced (even in Mammoth) and were experts at “momentum” development. Their old sales mantra was “selling is the transfer of enthusiasm.” The YotelPad Mammoth level of enthusiasm has gone backwards and maybe even negative. Maybe we will see a whole new concept and brand??

The Ice Rink/MUF that is now entitled as the Community Recreation Center will be in front of the Parks and Recreation and Planning Commissions this next week. This appears to be a quiet slam-dunk of design review and environmental compliance. We’ll see if anybody shows up. The structure is massive (40,000 square feet), and it is still a tent. The Town is just hell-bent to get this done. The Council should approve it 3-2. There doesn’t seem to be any lingering opposition to the project, people are just too busy or can see the inevitability of it. At least sometime in June the Town Council will actually see a monthly and annual budget for the facility and all the programs they intend to run through it. The “programming” for recreational opportunities is slated to begin November 1, 2021.

Meanwhile, a close neighbor to the future Ice Rink facility has recently opened their doors. The old Black Doubt brewery has now opened a beautiful new operation in the old police station and been renamed Distant Brewing. It has a nice bar, lounging areas and a couple pool tables — a nice upgrade to Old Mammoth Road. The Mammoth Hotel renovation of the aging Sierra Center Mall appears to be on track to begin this spring. But now the concern is the new Mono County administration building might not be completed and ready for occupancy by then. Based on the history of the landlord and the County, this could get interesting.

The Christmas week issue of The Sheet had my Real Estate Q&A with the topic of Prop. 13. There will be two ballot initiatives pertaining to California property taxes on the November ballot. The “split roll” initiative will be contentious, even if and when the re-write or “Replacement” initiative does in fact make the ballot. One reader sent me some good, updated information from the December issue of Los Angeles Lawyer magazine. Apparently the replacement initiative intends to exclude some small business properties and smaller owner occupied commercial properties. Regardless, the split roll initiatives have incredible ramifications and potential unintended consequences for commercial property owners and their tenants. The initiatives are being advanced by the Schools and Communities First coalition. They want more money for schools and the commercial property owners should be the source. There will be plenty more information out before November. We’ll be hearing from both sides.

Two single family homes that have been on the market seemingly forever closed during the period. The first is in the Old Mammoth neighborhood and has the potential to be run as a bed and breakfast operation. The now-retired seller finally reduced the price into the range that found a buyer. It closed for slightly less than $1M. The other is in the premier Snowcreek Crest neighborhood and it had been on the market for a couple of years. Previously, before this seller purchased it, it had been on the market for numerous years. It is a large and somewhat dated home in what might be considered a high-traffic location. I’m guessing we will see a major remodel in the near future.

Two more Mountainside townhomes closed in the $1.1M range. These properties right across from Canyon Lodge should be popular rentals in the future.

The legal duplex in the Mammoth Slopes neighborhood that has been on the market for several years closed for $780,000.

The Lodges 2 bedroom / 2.25 bath that was on the third listing agent in two years closed for full price, cash. Somebody had to have it for holiday usage.

An Aspen Creek 2 bedroom / 2 bath closed for $304,580. The project has good reserves but is facing major roof and siding projects in the near future. The amount of the future assessments is unknown at this time, but the uncertainty has impacted values. Buying at a major discount could eventually be a good move. But only time will tell. 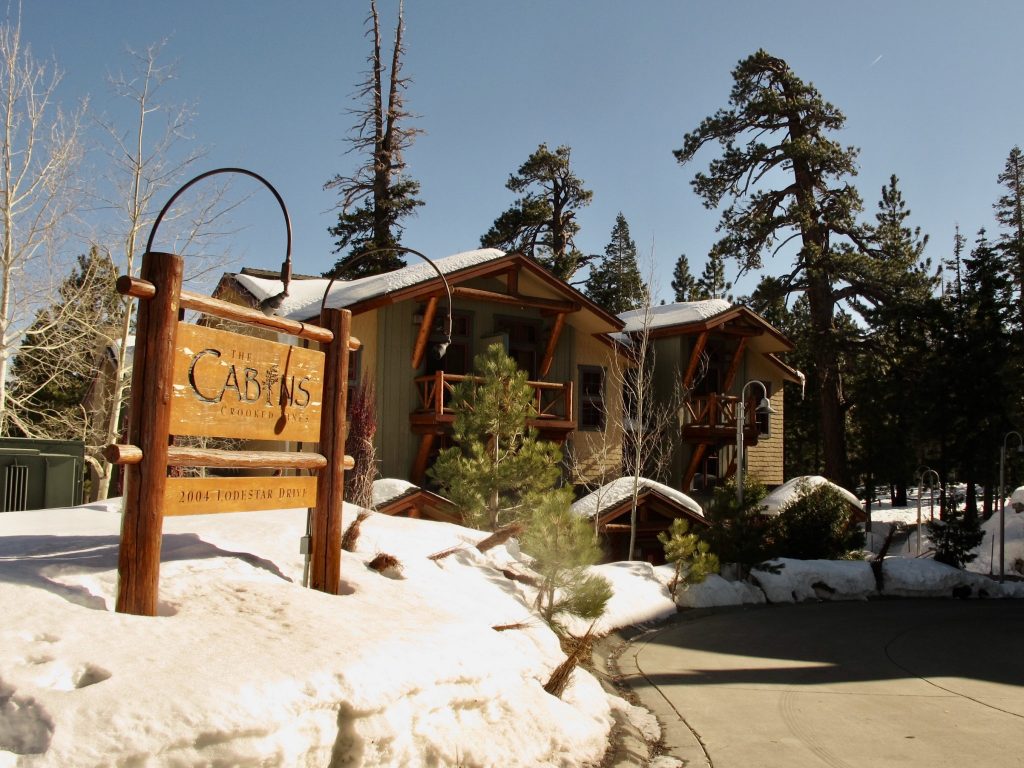 I was recently out showing some potential buyers a bank owned property. Their question “Was this built to code??” kept coming up. The home is less than 20 years old and really doesn’t have any indication that it wasn’t. But the question is always an interesting one, especially in Mammoth Lakes proper.

The answer to the question in Mammoth really needs to start with a history lesson. The Town of Mammoth Lakes incorporated in 1984 (I was here and that is starting to make me feel old!). The Town’s real control over building permits, engineering and construction inspections didn’t effectively happen for a few years. Anybody looking for building plans, blueprints, records of permits, etc. prior to that time in the County records is going to find nothing. Somebody might get lucky and find some documentation stuck away in a remote location of the property.

So if you are looking for some records, forget it. This isn’t Los Angeles. In the 1960s and 70s Mono County was far less populated than today. The last Census data shows there are currently about 14,000 people living in the entire County. The “old” brokers who worked in my company for many years that were here during that period said the contractors and County officials met for beers quite often and that is how things got done. In a very small town people obviously know each other.

Is this a major concern? I got to know the architect Rick Arlen in the 1980s. His homes are all over the older Mammoth neighborhoods. Many have the signature round windows, or the roofs that shed into the driveway. He was fond of referring to this subject of building to code as “the Bodie principle.”  He said that what destroyed most of ghost town of Bodie (if you haven’t been there it is a worthy day trip from Mammoth) was fire, not poor construction. His reasoning was that if a structure has been through all of the events that the Mammoth environment puts it through and it is still standing, then it is fine.

The Mammoth environment can be brutal. The snow load on roofs can be incredible. As we learned in the winter of 2017 the snow can come so fast that it is difficult to remove it in a timely fashion. And damage can occur. In the 1980s and 90s we had earthquakes with major snow loads on the roofs. And the damage was minimal. The high altitude sun and dryness can be abusive too.

Today, the Town and County proceed like most building departments around the state. Properties are engineered for snow load and seismic and are inspected during construction. But the older homes and condos that have no permits and were casually inspected are still standing after all of the abuse (including lots of non-owner renters and guests). Many need upgrades to plumbing and electrical at some point. And some will need increased engineering when remodeled, etc.

But amongst everything else, the Mammoth region has an interesting construction history in the last half century. If the building is still standing, that is a good start. Even if there are no permits to be found.

The Smoke Is Gone And The Ski Runs Are Open!   Market Summary  November 1 to November 15 The Mammoth Lakes MLS is reporting 28 real estate closings for the period ranging from a … END_OF_DOCUMENT_TOKEN_TO_BE_REPLACED

The Smoke Lingers But Visitors Are Anxious To Come And Play!   Market Summary  September 27 to October 18 This report is for the past three weeks. The Mammoth Lakes MLS is … END_OF_DOCUMENT_TOKEN_TO_BE_REPLACED